“The production is direct … There is no pretention here, no fussiness. Paul Houghtaling’s direction is self-effacing. The clean, pure lines of the opera are brought to life in the practicality of the set and the actions of the singers.”
– Berkshirereview.net, August 22, 2012, Die Zauberflöte, Hubbard Hall Opera Theater, NY.

“The Magic Flute is a hit. Paul Houghtaling’s creative and imaginative directing came as no surprise. For those who remember him from his 2005 Lake George Opera performance in The Mikado know that he can make the smallest moment rife with laughter.”
– The Daily Gazette, Schenectady, NY, August 17, 2012, Die Zauberflöte, Hubbard Hall Opera Theater.

“This Candide is as naughty (almost) and nutty as a week of fat Tuesdays … exuberant and zany.”
– Mobile Press-Register, Mobile, October 23, 2010, Candide, Mobile Opera. 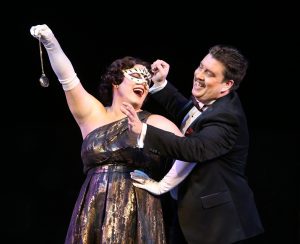