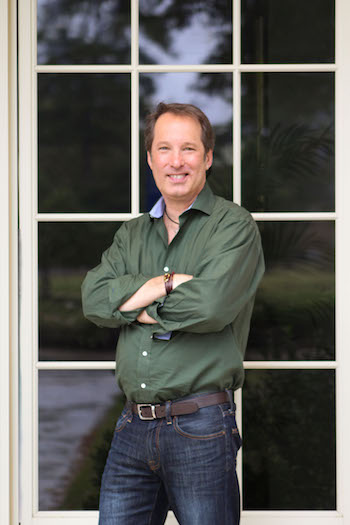 Of his new production of Mozart’s Die Zauberflöte, The New York Times wrote, “It was an exhilarating event. You couldn’t monetize it. You couldn’t commodify it. You could only experience it.” Fall 2016 engagements included a return to Mobile Opera to direct a new production of Douglas Stuart Moore’s The Devil and Daniel Webster and the world premiere of Amir Zaheri’s Freedom and Fire! A Civil War Story with the University of Alabama Opera Theatre.  He made his debut at Red River Lyric Opera in Texas in July of 2017 directing Handel’s Alcina, returned for H.M.S. Pinafore in 2018 and  La Cenerentola in 2019. He made his directorial debut with Mississippi Opera (newly renamed Opera Mississippi) in the Fall of 2018 in a new Gilbert & Sullivan review called The Hilarious World of Gilbert & Sullivan and directed and performed in another opera and musical theater review for the company in 2019. In October of 2018, he created an in-the-round production of West Side Story for the UA Opera Theatre which was extremely well received.  The 2019-2020 season with UA included two world premieres, produced and directed by Paul: Joseph Landers’ Let Us Now Praise Famous Men, with the Tuscaloosa Symphony Orchestra, and Michael Ching’s RSBE: Remove Shoes Before Entering, the latest in the composer’s “New Works” genre, similar to his popular Speed Dating Tonight. The Landers was recorded for Alabama Public Television and was broadcast in September of 2020.

In 2013, Paul made his debut with Opera on the James directing new productions of Gianni Schicchi and Suor Angelica. For Cedar Rapids Opera Theatre, Paul has directed The Gondoliers and Cosi fan tutte, which was described as “grand entertainment from beginning to end, staged brilliantly by Paul Houghtaling.” In 2014, Paul returned to Natchez Opera to direct H.M.S. Pinafore and was invited back for The Pirates of Penzance in 2015.

Other credits include Candide for Mobile Opera; Argento’s Postcard From Morocco for Chamber Opera of Boston; Don Giovanni for Ars Nova in Huntsville, Alabama; Telemann’s The Schoolmaster for Anchorage Opera; Shall We Dance for the Abilene Philharmonic; Let’s Fall in Love for the Tuscaloosa Symphony; and Café d’amour for the Alaska Dance Theater.

Paul serves as the Director of Opera Theatre at the University of Alabama, and he is the Artistic Director of the Druid City Opera Workshop. His work with the UA Opera Theatre has won prizes at the National Opera Association’s Opera Production Competition (Amir Zaheri’s Freedom and Fire!, world premiere, Fall 2016; Jeremy Gill’s Letters from Quebec to Providence in the Rain, Fall 2017) and Collegiate Opera Scenes Competition, and that group’s outreach work in conjunction with National Opera Week has caught the attention of Opera America. As of January 2020, he is the Immediate Past President of the National Opera Association (NOA).

Recent seasons at Alabama have included productions of Die Fledermaus, Don Giovanni, The Consul, The Merry Widow, Pagliacci, Suor Angelica, The Gondoliers, Patience, Così fan tutte, and The Mikado, A Little Night Music, and Street Scene which was supported by a major grant from the Kurt Weill Foundation for Music. In the spring of 2017, he will direct a new production of Handel’s Semele for the UA Opera Theatre in collaboration with the MFA design program in Alabama’s Department of Theatre & Dance.

Houghtaling holds a BA from The College of the Holy Cross, a BM from The New England Conservatory of Music, an MA from Hunter College of CUNY, and a DMA from The City University of New York.